Trade war between the USA and China

Today, on the media regularly appears the topics about tensions between the USA and China. Any additional duties, taxes, prohibitions … How did it all begin and what events influenced today’s trade relations of the two largest countries in the world?

The beginning of the trade war was laid during the campaign of Donald Trump in 2016. Then he repeatedly criticized trade relations with China and spoke out about the too large share of imports of Chinese goods to the United States, which significantly exceeded the share of exports to China, forming a trade deficit. According to the International Trade Center, in 2016, imports of goods to the United States from China: in 2016 – 481.5 billion dollars, while exports from the United States to China – 115.5 billion dollars.

The start of the conflict

In August 2017, Donald Trump initiated an investigation into the theft of US intellectual property by China. The precedent was that the Chinese authorities allegedly forced American companies that want to export their products to work as part of local enterprises and transfer their technologies and developments to Chinese partners. At the beginning of 2018, during the investigation, this fact was confirmed. As a sanction, Donald Trump ordered the preparation of a list of fees that will be raised after the investigation is completed.

First of all, the President of the United States set a 30% tariff on imported solar panels. China, the world leader in solar cell manufacturing, has expressed its disappointment with such US actions. 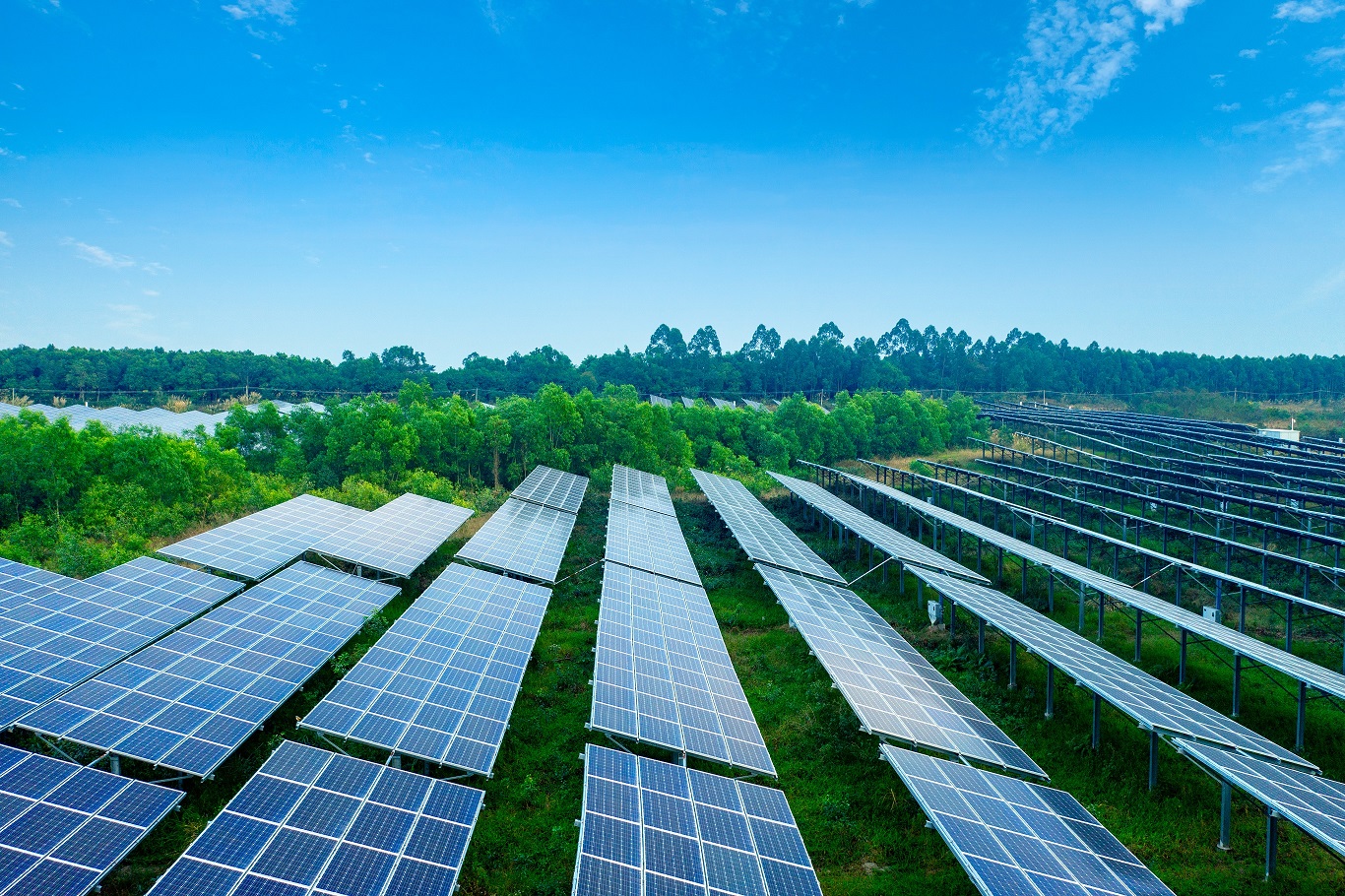 USA and China: aggravation of conflict

March 2018: the United States raised duties to 25% on steel imports and to 10% on aluminum. These measures should have spread to 30 countries.

In response, China increased trade duties by 128 types of goods imported from the United States. Among them are nuts, fruits and wines, which will be taxed at 15%. In addition, a 25% duty on American pork was introduced. At the same time, China called for a peaceful settlement of the differences, saying that the measures taken are intended only to make up for the damage.

April 2018: the United States published a list of goods whose import tariffs will increase by 25%. It listed about 1300 positions. Among other things, the list included electronics, aircraft parts, satellites, radios, medical equipment and other products, which are China’s largest exports to the United States. China imposed additional duties on meat, fruits, and other goods imported from the United States in response to the actions of the US government.

August 2018. The United States imposed duties of 25% on 279 items of Chinese goods, with an estimated volume of $16 billion. After that, China introduced additional duties in the amount of 25% on American goods, in the same volume.

It can be assumed that the measures taken by China are an attempt to find a compromise and avoid significant economic consequences. Obviously, China may introduce more serious restrictive measures, but the country’s position today is not to stir up a conflict even more. 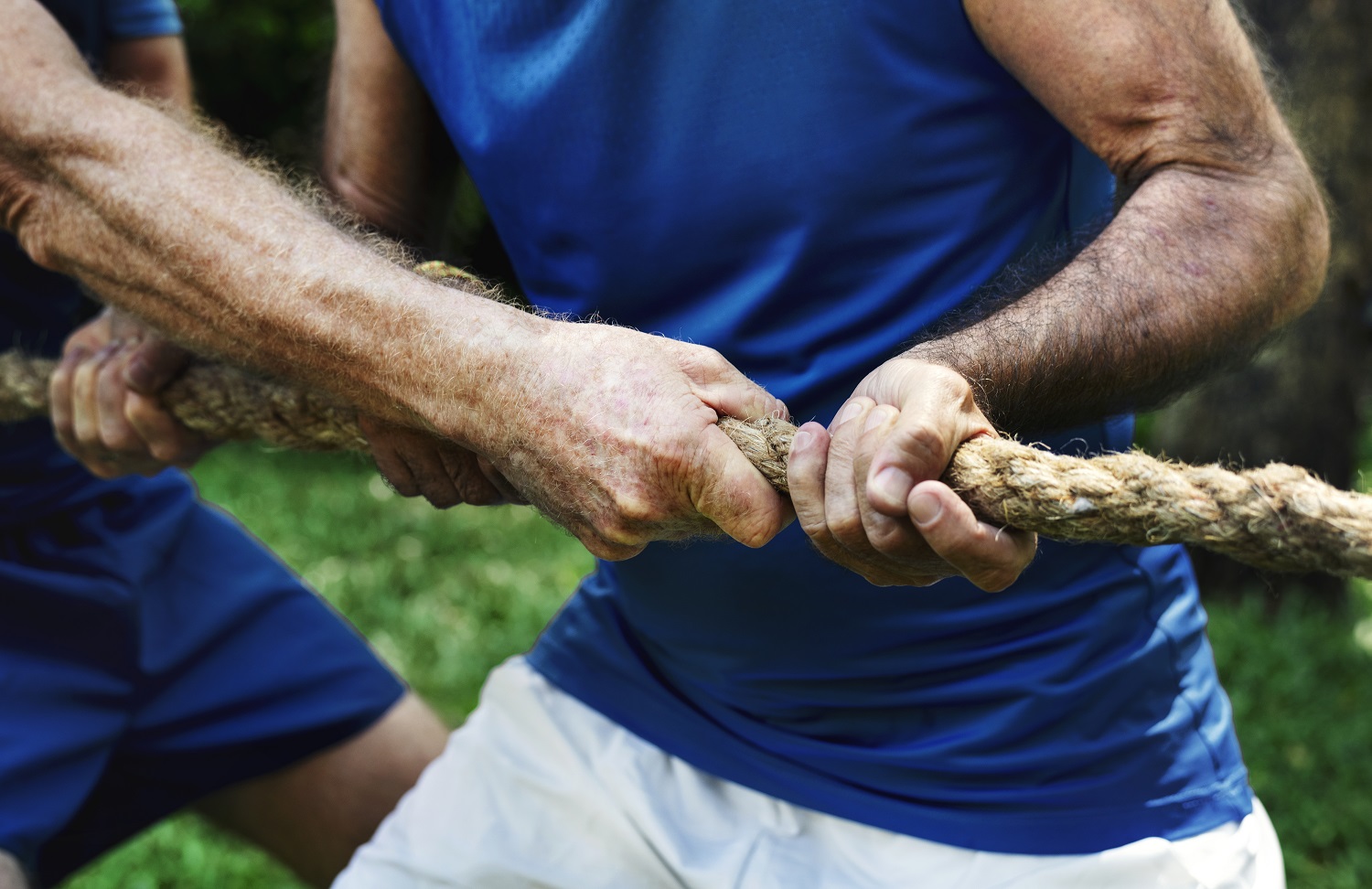 In 2018, the US trade deficit reached a ten-year high maximum. Exports of Chinese goods to America amounted to 478 billion dollars, US imports to China – 155 billion dollars.

May 2019: The United States again increases the duty on Chinese products, now the amount is $ 200 billion. The US President declares his intention to remove American manufacturers from the territory of China. The Trump administration blacklisted Huawei, one of the world’s largest telecommunications companies, barring government and military departments from buying Huawei products.

In 2019, in the results of first half of the year, the US trade deficit with China decreased. Mutual exports and imports have also declined, which certainly affects the economic growth of both countries.

Since the end of 2018, countries have been actively negotiating to resolve the conflict and establish trade relations, which so far have not led to a positive result. Federal Reserve Chairman Jerome Powell said this August that such trade tensions with China are a huge risk to the US economy. In turn, Donald Trump regularly repeats that everything is in order with the US economy. 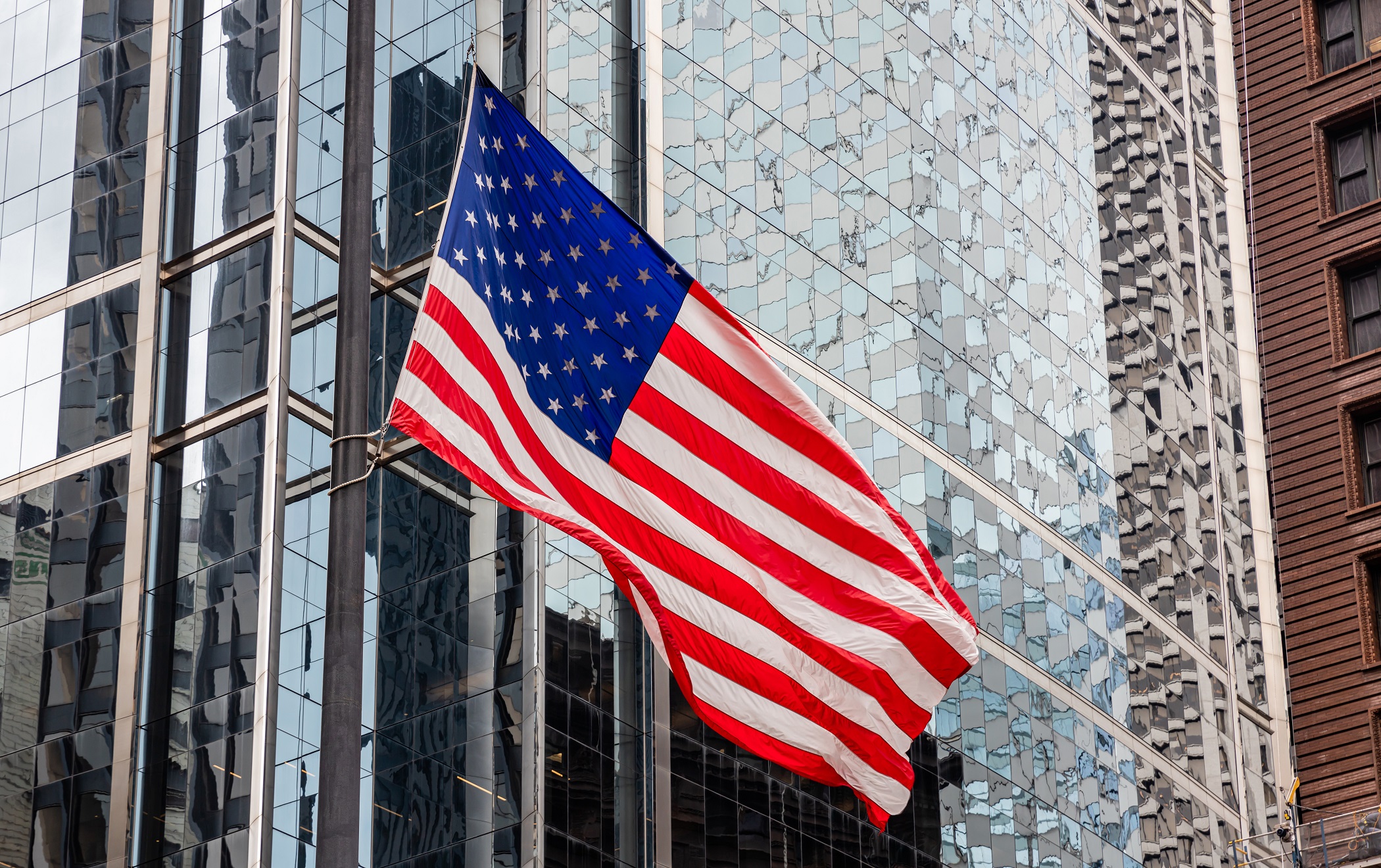 Current situation. In October, the USA and China, in the course of negotiations in Washington, tentatively reached an agreement. China agreed to increase the purchase of American agricultural products, and the United States, in turn, agreed to weaken trade duties on Chinese goods, and to suspend the increase in tariffs for new goods, expected in October 2019. Both leaders believe that they have made progress in the negotiations, and inform reporters that trade disputes may be resolved soon. At the moment, the media are vying with each other to say that a “truce is just around the corner.”

One way or another, the current situation has long ceased to resemble ordinary disagreements. This is already something more, and recalls a serious geopolitical conflict. What consequences can be for the economies of other countries?

Impact on the economy

Due to the decline in exports, business suffers primarily. Companies are forced to either pay at high tariffs or transfer production to the states. Both options entail higher costs and, as a result, higher prices for goods. As a result, payment of duties falls on the shoulders of the consumer, demand decreases and the level of production decreases. More and more large American companies suffer losses. Among them are Harley-Davidson, Tesla, General Motors, Ford, Boeing, Nike, Apple and others. The trade war as a result leads to a decrease in the GDP of the two participating countries.

The economic problems of China due to the trade war affect not only the market for the production of goods. The raw materials market may also be under attack. China is the largest buyer of oil, and due to a decrease in production rates, demand for oil is decreasing, which is pushing its price to fall.

But the price of gold reaches its maximum performance over the past six years. The price of gold during trading on the Commodity Exchange in Comex in New York rose to 1,503.3 dollars per ounce. Since the beginning of the year, precious metals rose by 17%. This is due to the fact that the demand for gold is growing steadily. And it grows because gold belongs to the category of protective assets. It rises in price even against the background of the collapse of world stock markets. With lower rates, gold becomes an attractive investment. 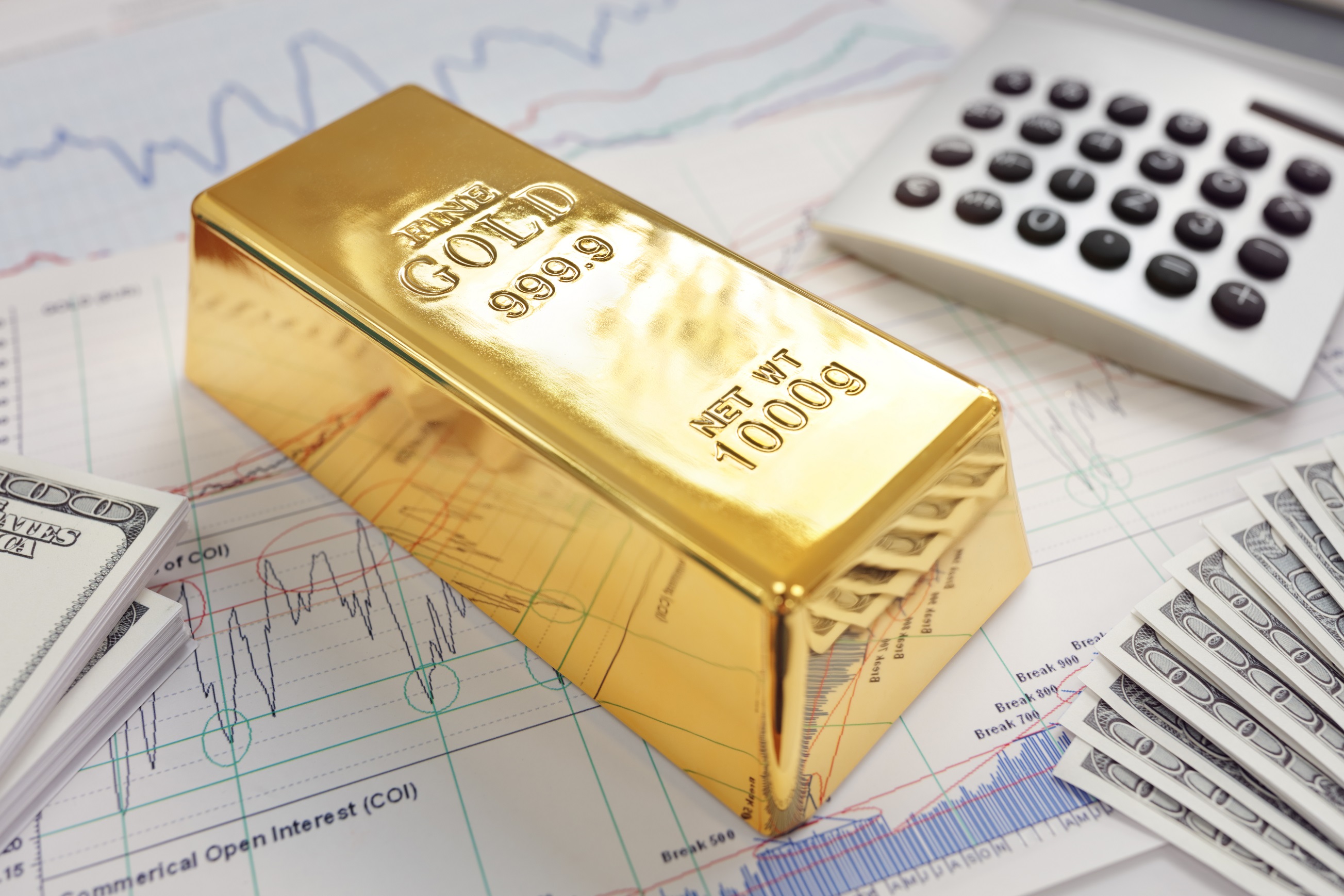 So, summarizing this whole long history: largest world economies for two years two have been in a state of trade war. The undisputed initiator of the war was America, led by the recently elected President Donald Trump. The leaders didn’t like the size of exports and imports between states, as well as China’s policy regarding intellectual property. The United States began to raise duties on certain goods imported from China, constantly expanding its product line. China retaliated by denying any violations on its part.

The current situation cannot but affect the companies whose activities are connected with the production and delivery of goods. Unsuccessful meetings, trials, attempts to change the current state of affairs, tip the scales in their direction, come to a mutually beneficial solution, until they were crowned with success. Rare “rays of light” are visible during regular negotiations, but many analysts believe that it is unlikely that the conflict will be resolved without noticeable losses.

USA and Iran – who will pay for it? – read more