The biggest economic crisis since 1990 overtook Lebanon in 2019. The country’s economy has been in decline in recent years, but it was in the last year that the crisis began to gain momentum. Rapid increases in food and service prices have sparked hyperinflation in Lebanon, Reuters reported. Hyperinflation occurs when inflation in a country exceeds 50 percent and lasts more than 30 days. Since the beginning of 2020, the national currency (Lebanese pound) has fallen by 80% against the US dollar. And unemployment has reached 30%. The explosion in Beirut undoubtedly greatly exacerbated the economic problems in the country.

Economic crisis and its causes

The country’s reserves fell to a critical level. As a result Lebanon announced its inability to pay off its foreign debt. The prices for food, clothing and other essential goods rose. The currency is weakening every day, small and medium businesses go bankrupt one after another. Inflation and unemployment are growing at a frantic pace. And then another powerful blow to the economy was dealt by the coronavirus pandemic, despite the fact that Lebanon did not suffer large losses in terms of the number of infections.

In addition, the situation in Lebanon was aggravated by the financial crisis in neighboring Syria. This two countries had stable trade relations, and the presence of a large number of Syrian refugees in the country.

Inflation rate in June 2020 approached 90%. Many Lebanese who kept their savings in local currency found themselves below the poverty line. Electricity is turned on for several hours a day; many people cannot even provide themselves with essential food. Against the background of this situation, anti-government protests began to arise. The protesters demanded economic reforms and the prosecution of officials involved in corruption schemes.

The reason for the economic problems, according to experts, was the financial pyramid, built by the government. The central bank of Lebanon offered high interest rates on securities. This way the central bank tried to attract investors to not very attractive areas of the economy. Second-tier banks have invested in government debt. Income on securities old investors were paid at the expense of new ones, thus creating a financial bubble. Lebanon turned to the world community for financial assistance, but loans from international financial organizations imply, among other things, the introduction of political reforms that would not please the people of Lebanon. 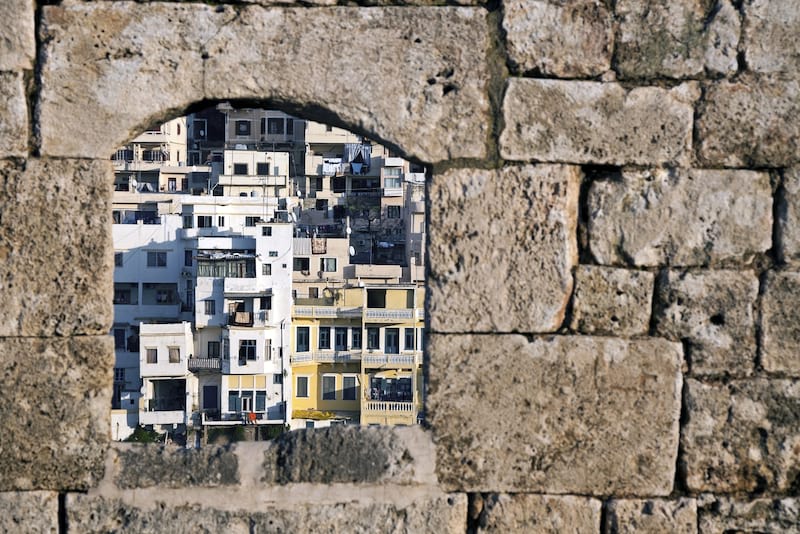 On the evening of August 4, a powerful explosion thundered in the Lebanese capital Beirut, which killed more than 170 people, injuring about 6,000 people. The explosion took place in the port where ammonium nitrate, confiscated by customs services, was stored. As a result of the explosion, a significant part of the port was destroyed. And buildings located near the site of the explosion were destroyed or damaged.

This event sparked a new wave of protests. Information appears in the media that explosive chemicals were stored in the port in improper conditions for several years, despite safety requirements. Representatives of the security forces knew about the danger of the cargo and demanded that the authorities take a decision on the export of chemicals from the port. As a result, the Lebanese blame the tragedy on the government, accusing officials of corruption and negligence.

After the explosion, the authorities imposed a state of emergency in Beirut, and mourning was declared in the country. But already on August 8, thousands of people began to go to anti-government rallies demanding the resignation of the government and economic reforms. Soon, the situation began to spiral out of control, and the rallies escalated into mass clashes. The world community believes that in order to restore Lebanese confidence in the authorities, it is necessary to conduct a transparent international investigation of the tragedy. But this will not improve the financial situation of the residents. The economic crisis, supplemented by political factors, only got worse. How will the explosion in the port affect the economic situation in the country?

The economic consequences of the explosion will not only be large-scale, but also long-term. The cost of rebuilding Beirut from the damage caused by the explosion alone is estimated at $ 30 billion. Lebanon has no money. In addition, Lebanon will definitely face a serious humanitarian crisis afterwards. The port was an important economic site. Its destruction entails problems with the supply of food products, which will undoubtedly affect prices. And this despite the fact that many Lebanese are already below the poverty line. According to the UN, 300,000 people were left without housing. The World Food Program (WFP), the largest humanitarian organization that is part of the UN, sent food kits, as well as flour and grain to the disaster zone, as the explosion destroyed the country’s largest grain storage facility. Rebuilding the city’s infrastructures may take several months.

The World Health Organization has informed that huge damage has been done to the Lebanese health system. The explosion destroyed three hospitals, as well as several containers with personal protective equipment against the virus.

The aid to the stricken state

One after another, world leaders offer aid to the stricken state. Special flights from all over the world deliver food, medical equipment and medicines to Lebanon. Among the countries that have already provided assistance to Lebanon are the EU countries, Iran, Egypt, USA, Russia, Ukraine etc. Countries also provide specialists to deal with the consequences of the explosion and medical personnel.

French President Emmanuel Macron, during his visit to Lebanon, announced the holding of an international conference of donor countries to provide assistance to the affected state soon.

And if assistance is provided with the initial stages of eliminating the consequences of the tragedy, the countries will not provide financial assistance to bring Lebanon out of the economic collapse that existed before the explosion. At least, if measures are not taken to combat systematic bribery, waste and negligence. Obviously, giving money into the hands of corrupt officials is a road to nowhere.

The explosion became a point of no return for Lebanon. Lebanon is now in desperate need of massive and long-term financial assistance to its ruined economy. Experts believe that the only way out is to create a new government capable of carrying out the necessary reforms, regaining public confidence and persuading donors to provide billions of dollars in aid.

At the same time, some analysts specializing in issues related to the Middle East suggest, paradoxically, that what happened could become a starting point in solving economic and political problems.