World Day of “Big Discounts” Black Friday falls on the last weekend of November every year. This day attracts a large number of buyers, since the New Year holidays are ahead and a “profitable” gift can be bought on these days. Shoptet estimates that Black Friday costs in the Czech Republic have increased this year to over CZK 1 billion.

This year Black Friday in the Czech Republic fell on November 27. Before the weekend, according to an analysis by Shoptet, which is a platform for building online stores, more than 550,000 Czech customers should have been involved in shopping. On average, each had to spend 900 crowns.

Many stores have been forced to switch to e-shops due to the global coronavirus pandemic. To make the day of discounts as successful as in previous years, stores sent out mass mails with the current offer of discounts. Despite the fact that the discounts were the same as last year, they bought more. Why?

Because of the closed stores, people made fewer purchases, therefore more goods remained in the warehouses. Black Friday is also an opportunity for stores to quickly sell the entire range and fulfill the annual sales target.

But this only applied to large stores that could afford a day of big discounts. Even if small establishments held Black Friday, discounts were mainly for old goods.

According to Tomáš Braverman, director of heureka.cz, this year’s Black Friday was a record in terms of costs and the most successful discount day.

Czech online stores increased sales on Black Friday 2020 by 2.5 times. The most growing interest was in the sale of toys and electronics.

With the growth of sales, the load on the servers has also increased. The number of requests or clicks has doubled from the average to 345 clicks per second. 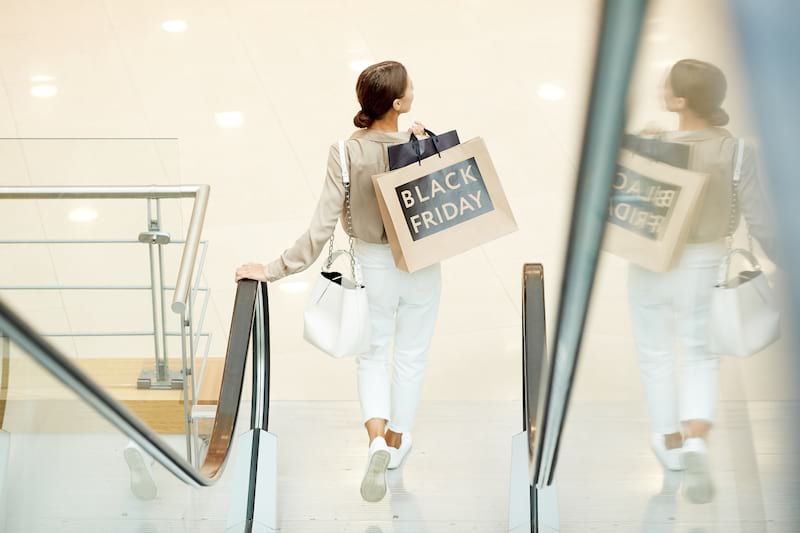 This year was a record year for Czech online stores, including due to the coronavirus crisis and government restrictions on shops and other establishments.

“Electronics stores, whose assortment is just right for Christmas gifts, have quadrupled their sales.” – said Matej Koposvary, director of sales and marketing at Shopsys.

“Black Friday is a marketing campaign designed to motivate people to buy. Some stores deliberately inflate the price so that it would be profitable to sell at a discount. So before making a spontaneous purchase, not only on Black Friday, be sure to check other stores. Thus, products that some stores offer at half price can be found at the same price in other online stores.” – added Tomasz Braverman.

November is a month of discounts

Despite the fact that Black Friday is traditionally held on the last weekend of November, many stores offer their own discounts throughout the month. Therefore, November can be called the “month of discounts”. Thanks to this, many people manage to buy new clothes, shoes, electronics, books and so on in November.

If last year only a few people did the “month of discounts”, this year everything is different. The Christmas frenzy began in early November. Online stores did not miss their chance and most of them held discounts throughout the month.

Such large numbers are associated with the desire to quickly buy gifts for Christmas. Online sales growth was 2.5 times higher than last year. This is 42% more than in 2019.

“During November, we received one order every 1.3 seconds throughout November, and customers ordered nearly eight million items from us,” said Alza store.