Collectible banknote of the Czech Republic, which is worth a million

The most expensive collectible banknote in the Czech Republic will go on sale in November. What do you know about banknotes and banknote history?

Collecting banknotes is a hobby for many. Some specialize in Czechoslovak or Czech banknotes, others in paper banknotes from other countries, and they are also attracted by counterfeits that arose during the circulation of banknotes. Notafilie opens up interesting horizons for collectors, they often introduce in great detail the history and art associated with banknotes.

Collectibles are most often sold at public auctions, but there are also individual sales or specialty stores. Investors are also interested in banknotes. Some samples can cost up to millions of dollars.

At the moment, the most expensive collectible banknote in the Czech Republic is the five thousandth banknote of 1919, which will be put up for auction on November 20 with a starting price of 1 million crowns. “After 26 years, collectors and the general public have a unique opportunity to acquire the rarest Czechoslovak currency,” says Aleš Kohout, co-owner of the auction company Bankovky.com s.r.o., which lists the banknote at the auction.

This banknote was last publicly traded in May 1994 and was auctioned for CZK 280,000; today, according to Alyosha Kokhout, its price at the auction may quadruple.

The five thousandth red bill is one of the most valuable collectible editions of the First Republic of 1919. The currency was issued by the government, not by the bank, so these are not banknotes, the correct name is stats (Czech státovky). Most of the banknotes from this issue depict Alphonse Mucha’s motives, which is why they are called flies among collectors. But the motive on the five thousand krowns note is not from the workshop of Alphonse Mucha. The obverse depicts the same motive as the Austro-Hungarian thousand crowns of 1902 – a portrait of the wife of one of the authors, Mrs. Lefler, made in the Art Nouveau style.

“At the planned auction, in addition to the most demanded five thousandth banknote, the full issue of Czechoslovak banknotes of the 20th century will be presented. This issue is being put up for auction for the first time. The starting price of all items in the collection exceeds 3 million crowns,” Aleš Kohout sums up.

Read also “The most stable and volatile currencies in the world” 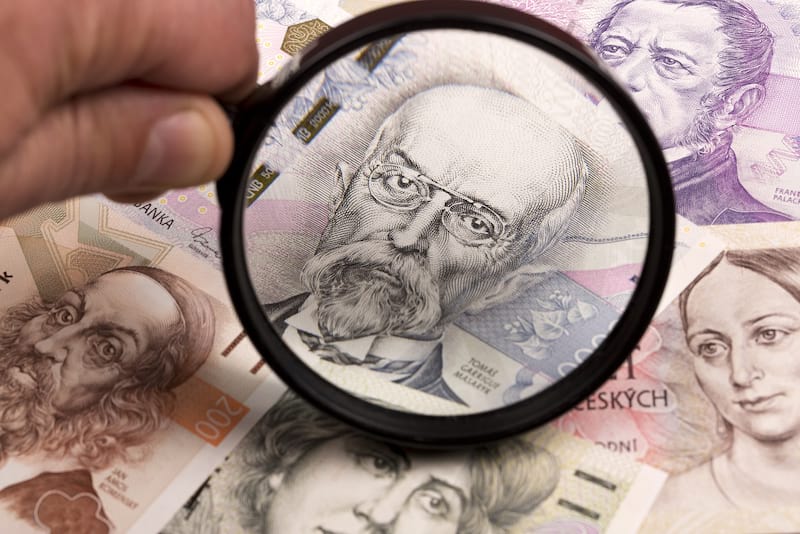