Czech crown strengthened against both dollar and euro

In autumn, the Czech crown strengthened against the background of the pandemic. Both in relation to the euro and the dollar. This news pleases all Czech consumers, as it makes imported goods cheaper, such as fuel. Now it has become more profitable for Czech consumers to buy goods from foreign shops.

In relation to the euro, the Czech crown has appreciated by 5% over the past three months. In recent days the rate exceeded 26 crowns per euro. The crown has strengthened against the dollar even more – by 8% for the second since the beginning of November. One-dollar costs around 21.50 crowns.

US elections and Brexit

The Czech crown has strengthened due to political events. Namely, the situation was influenced by the US elections and Brexit in the UK. Investors, despite the coronavirus and quarantine, are positively looking at the Czech market and its position in the world. 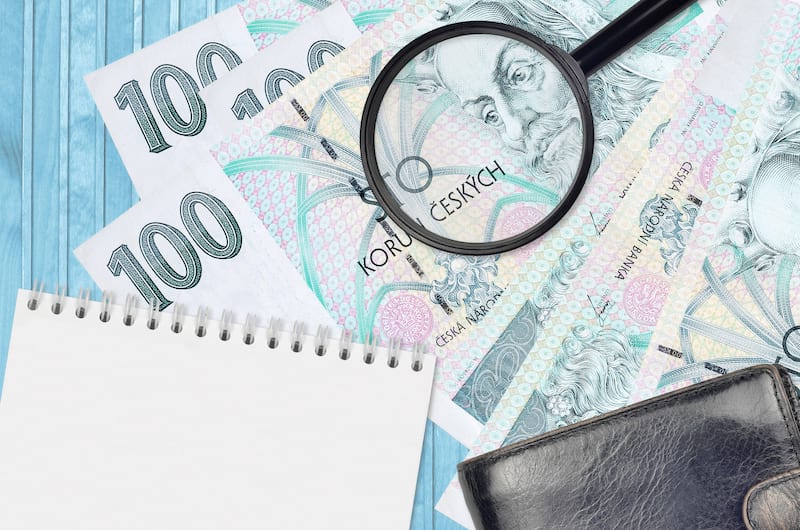 Thanks to the ČNB (Czech National Bank) policy, the Czech crown can strengthen even more. „I think that the Czech crown in the future may strengthen even more and the value of the euro may change in the current quarter. At the end of the year, the exchange rate may reach 25.50 per euro by the second half of the year,” said Chief Economist at Generali Investments CEE Radomir Racz.

According to the economist of the Česká Spořitelna, Mikhail Skorshepa, the next wave of strengthening may come in late spring. It also depends on the behavior of the CNB. But the crown is already stronger than analysts predicted.

Strengthening the crown also depends on the pandemic and the development of vaccinations in the country. That is, if the pandemic can be brought under control, it could open the way for further strengthening of the currency.

Over the past year, the dollar has weakened significantly against the euro. Scorshepa believes that the dollar will strengthen in the coming months after Biden has adopted a package of fiscal support in one form or another, and the American economy will demonstrate, as usual, a faster recovery from difficulties than the European one. But how exactly the American central bank will behave is unknown.